Heart of the Game was founded in 2016 by attorney and President Craig Goldenfarb. The idea of providing free defibrillators and cardiac emergency response training to youth sports clubs was a result of combination of factors.  When Craig’s father almost died from sudden cardiac arrest, Craig was only 17 years old.  Luckily, Craig’s father survived after having a triple bypass operation. However, the importance of a quick response to cardiac failure became apparent early in Craig’s life, due to his father’s near death experience. 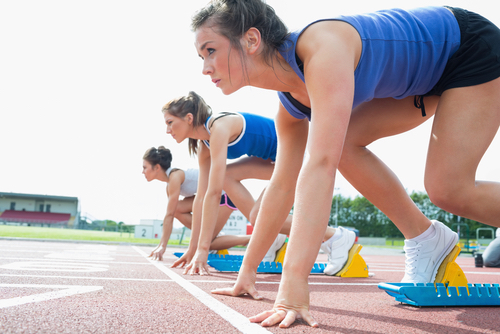 In 2014, a fellow player in Craig’s adult soccer league suffered a cardiac arrest after a game, and died in the parking lot.  A defibrillator was not present at the fields. The man who died was the former owner of several teams in the Unites States’ professional women’s soccer league.  Soon after, at a charity soccer event, Mr.Goldenfarb heard professional soccer player Abby Wambaugh gave a speech on how that man had influenced her professional soccer career and contributed to her international success. That charity event inspired Mr. Goldenfarb to start Heart of the Game.

After doing some research, Mr. Goldenfarb discovered that as many as 9,500 youths die each year in the United States due to Sudden Cardiac Arrest (SCA). Heart of the Game’s mission is to have life-saving Automated External Defibrillators everywhere young athletes play.  By providing access to these on-the-scene, life-saving AEDs, many of these children can be saved every year.

Since 1998, Mr. Goldenfarb has handled many cases involving an athlete dying of Sudden Cardiac Arrest and issues related to the presence or absence of a functional defibrillator.  After practicing this area of law for almost two decades, he realized that many companies have two important reasons for not buying defibrillators for their business or organization. The first reason was the price.  The second reason was the fear of getting sued, in case someone died and the AED was not used correctly.  Mr. Goldenfarb realized that he could solve these two problems by providing free AEDs and providing free legal guidance on how to avoid litigation in case of a cardiac emergency.

Heart of the Game’s Board of Directors are all volunteers.  The Board consists of local leaders in the areas of healthcare, finance, and industry, who all have an interest in our mission of saving lives.

There is no exercise better for the heart than reaching down and lifting people up. We are blessed to be able to provide the equipment and training to help our youth stay healthy and active.